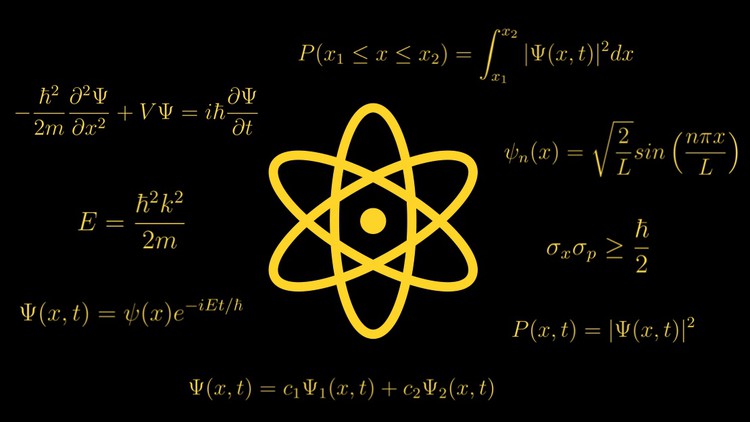 Introduction to Quantum Mechanics is an accessible and to-the-point journey through the most famous theory in science.

With 6.5 hours of video lectures, detailed typeset notes and a multitude of interesting problems with worked solutions, this course is for anyone interested in learning quantum physics and gaining fluency in the mathematics that holds the theory together. Concepts are introduced in a logical order at a tangible pace and are explained in detail within lectures and summarised within the notes.

Quantum Mechanics is the intellectual cornerstone of the 20th century.

After completing the course, you will have a detailed understanding of quantum physics. Quantum physics is a triumphant theory, first formulated in the 1920s, that explains the behaviour of nature at the smallest scales, including the interactions of sub-atomic particles, and paved the way for influential technologies such as the transistor and the LED display. The theory was the first indication that the macroscopic world we experience each day is inconceivably different from that of microscopic particles.

Material is presented in an intelligent manner to help advanced concepts appear straightforward.

The course material is equivalent to that taught within a first-year undergraduate physics course but is presented in a clear and cogent fashion to allow for easier digestion. Problems have been written to a similar level but adjusted to include only the mathematics taught within the course.

Free
Added to wishlistRemoved from wishlist 0